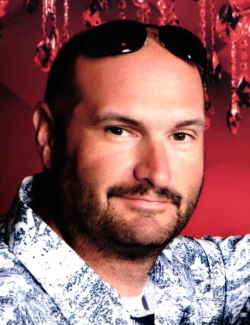 Funeral services will be 2:00 p.m., Wednesday, August 5, 2020, at Claybar Funeral Home in Orange. Services will be conducted by Freddy Anderson and Ben Terry from the Ninth and Elm Church of Christ. Burial will follow at Hillcrest Memorial Gardens.

Born in Orange, Texas, on October 1, 1971, he was the son of Mike and Diane (Johnson) Green. T was a dedicated baseball coach who impacted the lives of many kids. With baseball being one of the biggest parts of his life, he made sure to fully immerse himself in his work and enjoyed making a difference in any way he could. T had a golden sense of humor and the ability to make anyone laugh with his wit and charming disposition. Any time you saw him you could be guaranteed he had a Yeti cup in his hand full of Coke Zero. T was an amazing man who impacted the lives of everyone he met and will be deeply missed by all of those who love him.

He was preceded in death by his parents, Mike and Diane Green; grandmother, Eddie Johnson; grandfather, Ed Green; and aunt, Betty Boyd.

Serving as honorary pallbearer will be Brayden Marange.