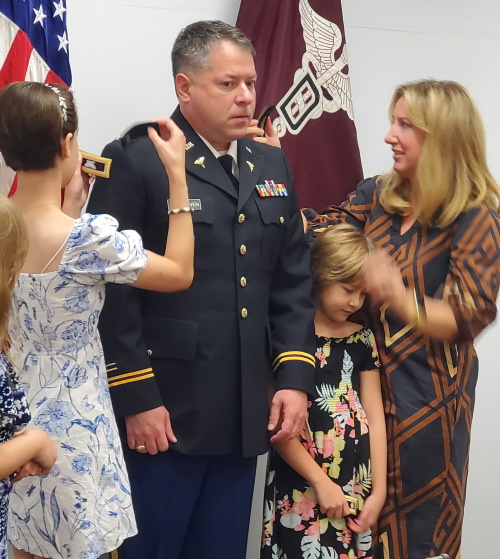 Dr Stancoven is a 1995 graduate of WOS and a 1999 Graduate of Texas A&M. He attended Dental School at UT in San Antonio. Brian’s current assignment is as Assistant Director of the U S Army Periodontic Residency program.

Previously he has served in Germany, Afghanistan, Fort Bliss Texas and at Schoefild Barracks in Hawaii. Colonel Stancoven is a fellow of the American Academy of Periodontology. In Hawaii Brian served as commander of Hawaii Regional Dental Command as well as Professor for the Dental Residency program held at Schoefeld Barracks. (home of the 25th Infantry Division). He also commanded the Schofield Barracks Dental Clinic and was instrumental in construction of the newly opened Desmond Doss Health Clinic at Schofield Barracks.

Dr. Stancoven is married to Leslie Reimer of Orange and has three daughters, Stella, Elka and Dana.